An article by Rosie.

Wouldn’t we all prefer a world where nobody has to worry about how they’re feeling and how we are treated because of our feelings? Sometimes dealing with mental conditions can be difficult when trying to do it alone, nobody has to be alone, there are people who care!

Self-injury can be a sign of someone suffering from depression, bipolar disorder and other mental illnesses and unfortunately there is a lot of stigma to this day surrounding self-injury. As society changes people are starting to understand that mental illness is not something to be afraid of as it happens to some degree to every single person at some point in their lives.

People self-injure for many reasons including conditions such as bulimia nervosa, anorexia nervosa, depression, schizophrenia, depression, bipolar disorder and more – social factors are a large reason why people resort to self-injury, it can also be due to being bullied at school (or work), or having difficult relationships with family or friends. Trauma can be another reason that people use self-injury or self-harm as a coping mechanism to deal with an event such as a death of a family member or friend. Surprisingly enough, many people who self-injure are not actually intent on ending their lives; they just want the way they are feeling to stop.

Due to society, many people are too afraid to open up – even to family about self-harm / self-injury because of the stigma, and as difficult as it can be for people to deal with alone, the only way other people are likely to notice is if they pick up on the person having an altered self-esteem. Even though these days there are many organisations to help people suffering from mental illness, and working to reduce the stigma and raise awareness, many people are still bullied and treated nastily for something that overall, they have no control over. 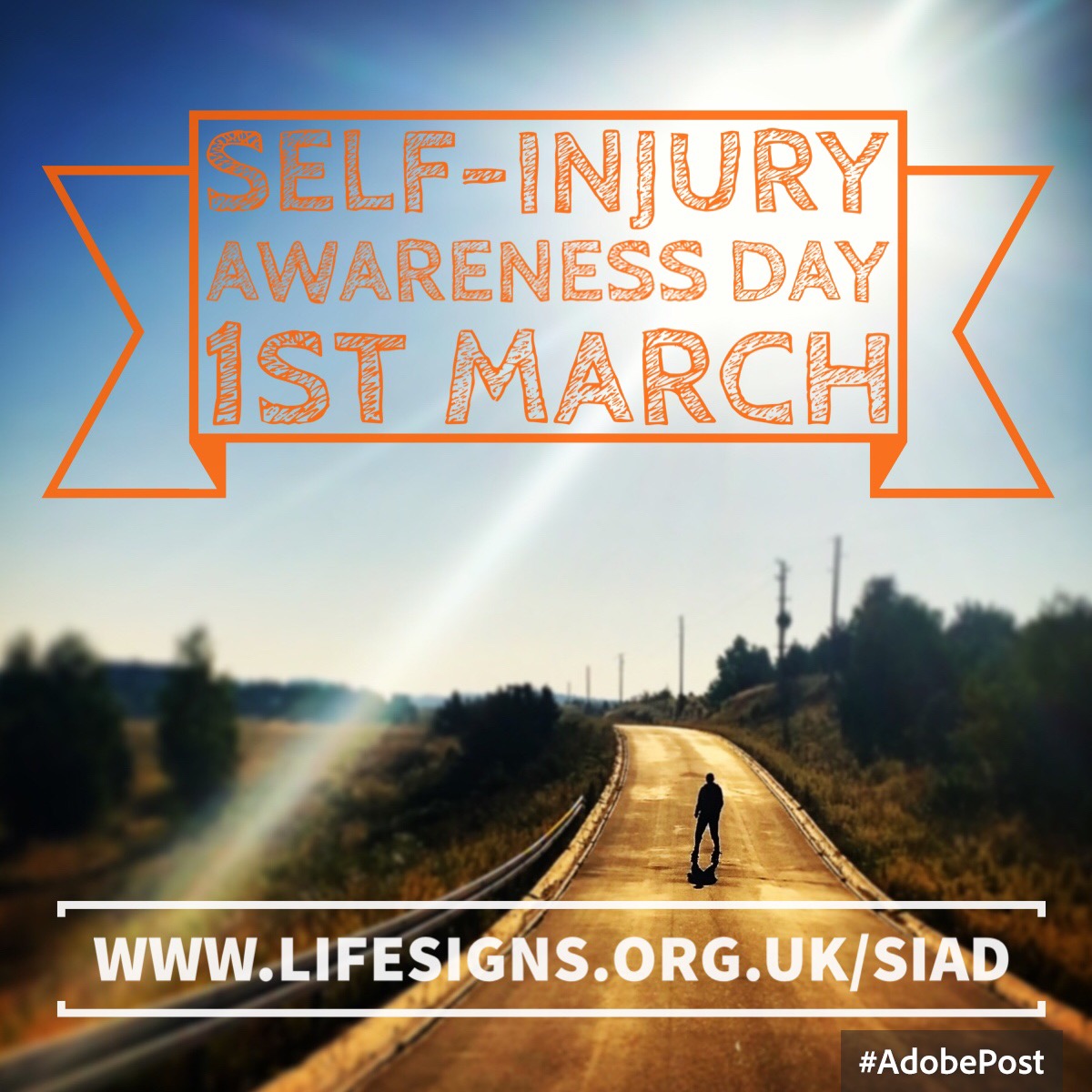 Self-injury Awareness Day can be a day to think about and talk confidently about self-injury and how it affects people’s lives. Diifferent mental conditions that can affect people of all ages and backgrounds and in a lot of cases a mental illness can be life-changing. Many people wear an orange wristband around SIAD as it encourages people to be more open about self-injury and to limit the amount of judgement and fear that people put into the lives of those who have a mental condition. By raising awareness hopefully, in years to come, the stigma and negativity surrounding mental conditions will lessen and people will feel able to open up to people who can provide them with professional help instead of feeling judged by everyone and alone.