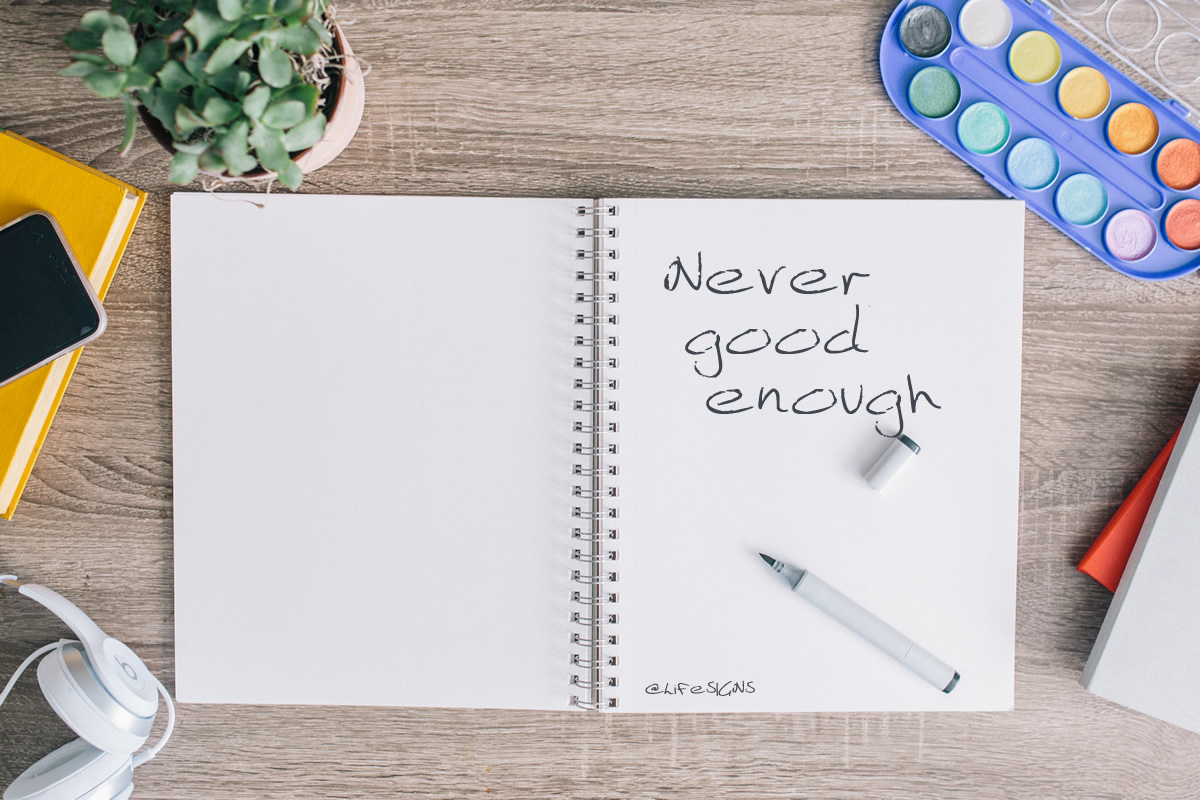 When I was 17 and I visited my therapist for the first time, I was taken aback when she described my cutting as ‘self-harming’. In my opinion, people harmed themselves all the time. Take my dad, a successful executive who worked himself into the ground and who placed unattainable demands on the family; or my mother, who silently kept in her sense of anger and frustration to avoid the shouting matches that so often ensued between dad and myself.

Since I was a little girl, I recall feeling like I wasn’t good enough. Dad used to sit with me and teach me to draw, frequently saying that when I grew up, he wanted me to take over his advertising company, so I had better hone my drawing and painting skills.

“I was unfit, I lacked character, I was passive… he never noticed that I was a bubbling volcano with a whole lot of rage, most of which I wanted to direct at him.”

I was a straight-A student at school and according to my teachers, my strongest point were the arts. Dad, however, seemed oblivious to any talent I may have had. He would glance quickly at a sketch that I had taken so long to complete, pointing out errors in perspective and light. It was the same with everything else; I was unfit, I lacked character, I was passive… he never noticed that I was a bubbling volcano with a whole lot of rage, most of which I wanted to direct at him.

The low point in our relationship came when I turned 17, commenced my University course and met my first boyfriend (who was lovely).

I was boarding at University, which gave me the freedom and independence I’d longed. I took Art History instead of Design, which disappointed dad. I made it clear that I could see myself travelling to Italy or Paris and working in the art restoration. During a visit home during the Christmas holidays, Dad and I had a big fight, and he accused me of wasting my life with my boyfriend, of losing my ambition, and of purposely squandering my artistic talent to spite him.

It was during that Christmas holiday that I began to cut myself. I started with one small cut, but the release and relief I felt led me to hurt myself again and again. I felt elated that I could control my feelings like this. It was as if finally, there was a small part of me that remained untouched by dad’s words.

Mum found out early on; she saw the cuts one afternoon while I was napping and she cried when I admitted that the cuts had been self-inflicted. She said that she wanted to divorce dad but had stayed with him for the sake of my sister and me. When dad refused her suggestion that we receive family therapy, she decided she’d had enough. That was 11 years ago and mum is now happily married to her second husband.

Despite the help of the different therapists I saw during my early adulthood, the urge to self-injure was often hard to resist. Sometimes I gave in, though in time I learnt to find new outlets for my anger (such as CrossFit, which has helped me get into the best shape I have ever been in). I recently took up drawing and painting again, finally feeling free to embrace my talent as an artist without allowing negative messages to pop into my head and ruin my happiness once a work was completed. I have been working as an art historian in a museum for several years and it feels good to be surrounded by masterpieces that express the sensitivity, passion, and madness of some of my favourite artists. We are all harmed in one way or another, all of us, but with time and hard work we can learn to love ourselves, scars and all.

For paramedics, nurses, A&E staff, and all HCPs‘Sometimes pain’ track to raise awareness around self-injury