In this article, contributed by Adam, the occurrence of SI and emotional distress among men is explored. For more on this subject, please see our information on male self-injury. 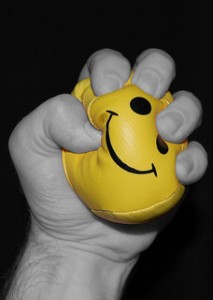 There seems to be some shame attached to expressing emotions. For men I’d say repressing emotion is the real problem; yet guys are deemed to be ‘stronger’ if they just ‘deal’ with things, rather than have emotions. Showing feelings, especially sadness, seems to be unacceptable to many people.

There’s something wrong with associating ‘weakness’ with struggle. Everyone has challenges and times of work and struggle. Men are maybe viewed as being able to deal with problems on their own, without sharing their ‘burdens’ with other people. There’s a trap of privacy, of secrecy, when you could probably do with a chat or some time out with friends.

These ideas of being ‘strong’ and ‘weak’ are harmful, because I believe ‘the only person who stands between you and what you want is yourself’ and so it’s not about competing with other men or anything, it’s just about bettering yourself.

More often then not the people that try to help don’t know how you feel and when it comes to self-injury, friends might not have a clue. So people say ‘just get over it’ and that’s just the opposite of helpful, it just ignores how you’re feeling and what matters to you. So when people say ‘be strong, I know you can get through this’ I feel like, it’s not as easy as just getting over it when most of the time those of us who SI have deep-rooted problems.

I think men and women have different approaches to SI. I think men do things more like punching a brick wall. I think men do all the common things as well that everyone knows, but I think men can do somethings right there and then, and other people might not even label it as ‘self-injury’.

Men want help, but perhaps they just don’t know a way of asking for help. For some people, SI can be a cry for help so maybe some guys do it as a way of communicating their troubles when they can’t talk about stuff. I know not everyone wants their scars brought up, but maybe some of us need other people to make the first move, when we can’t ask.

I think when it comes to helping people who SI it’s not a case of trying to talk them out of it, it’s more a case of listening, not talking.