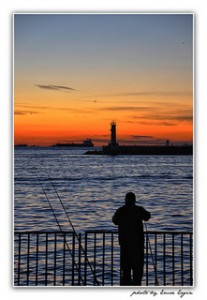 It was November 1998.  I had never heard of self-injury; it wasn’t something talked about in the newspapers, or on the television, and there was barely any information on the Internet either.  In any case, I was 13 and not particularly interested in reading about such matters.

Amongst all the other myths and stereotypes around the syndrome, self-injury is often written off as ‘copy-cat’ behaviour. From my own experience as detailed above, I don’t believe this is true for a second. People sometimes express concern that it is becoming more talked about, as if that might mean people are more in danger of starting to do it. I think there are enough people with stories like my own, who were unaware of anyone else engaging in this behaviour, to show that this is simply not the case. The fact that we are trying to raise more awareness does not necessarily mean that more people will hear about it and therefore do it. Self-injury is not a new phenomenon. It’s something which has been happening for a long time, across cultures and quite possibly throughout human history. Nowadays, thankfully, it is better understood and we have access to better support and help on the journey to health and happiness.  Awareness can only be positive, in my opinion.

My secret was discovered quite quickly. Most people who hurt themselves hide their behaviour for many years. I wasn’t so ‘successful’.  The choice to tell someone was taken out of my hands and in quick succession it seemed that all the key people (parents, doctor, teachers – in my case all in the same small school community) knew about it.  But at that time, no one had really heard about this as a coping mechanism. There was a lot of talk about eating disorders and addictions, but no-one talked about people hurting their own skin. The first research I did on the Internet didn’t help much. The people who cared about me were even more worried when they read the sorts of things that were being written about it. Even the school doctor told my parents they had to make sure I didn’t look at any of this stuff on the Internet.

I’m so glad that this situation has improved, through the work of dedicated individuals and organisations such as LifeSIGNS. I was lucky enough to come across LifeSIGNS way back in their early days. It was a relief and a comfort to discover that there were other people like me, other people who understood exactly how this felt and how it helped, other people who had been there. I feel privileged to have found LifeSIGNS right back at the beginning and to have been able to watch the organisation grow. But most of all, I’m so glad that it exists now for people in the same position as I was all those years ago, and that more help is at hand for them, and for the people that care about them.