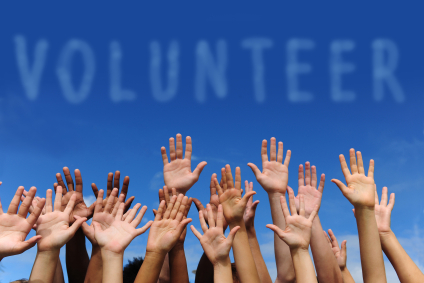 I’m a director of LifeSIGNS. I’m a volunteer.

When I first discovered LifeSIGNS nearly 10 years ago, it was a revelation to me. I had no idea that anyone else in the world even hurt themselves, let alone talked about it. It helped me enormously to know that I wasn’t alone, and eventually I felt that I wanted to give something back. I wanted to give back to the organisation that had reached out to me, and I also wanted to be part of that ‘reaching out’ to other people who felt as alone with their self-injury as I had done.

Volunteering isn’t just about giving though. You get a lot back too. For me, it gave me a sense of worth – I felt useful and I felt that I was making a difference to people, however small. Working for LifeSIGNS has increased my self-esteem and is something that I’m incredibly proud of being a part of. It also gave me some structure to my life; it was a reason to get up in the morning and *do* something. There were days early on when Wedge and I would work for 15 hours solidly, preparing for SIAD or writing content etc. And at the end of those days I’d go to bed feeling that I’d really achieved something.

It hasn’t always been easy, and it has taken a long time for my confidence to build, despite constant praise and reassurance from Wedge. And, well, really I guess I’m still not quite there. I still worry that my words or wrong, or that something I’ve done isn’t good enough, or that my ideas are silly. It’s all in my head of course; but then so many issues are, aren’t they? I guess I’m a work in progress :)

Things are little different for me now. I don’t have as much spare time as I used to have, so my hours with LifeSIGNS have had to reduce accordingly. And I don’t *need* my voluntary work for LifeSIGNS in the same ways that I used to. I have other purposes in life; other reasons to get up in the morning.

But what hasn’t changed is my desire; my desire to continue reaching out to people who are relying on self-injury in order to cope. And that’s why, no matter what else is going on in my life, LifeSIGNS will always be high on my list of priorities. It’s why I still give up my free time to write or plan or discuss relevant issues with my colleagues here. It’s why I’ve taken annual leave this week so I can focus more fully on SIAD. And it’s why, more than anything else in my life, I have the belief that like-minded people working together against prejudice and stigma, and perhaps most importantly against silence, can change the world.

We’re recruiting for more volunteers right now, and we’d love to hear from you.

Encountering self-injury for the first timeSIAD is *today*

LifesIGNS (previously known as FirstSigns) is the user-led self-injury awareness organisation founded by Wedge in 2002. LifeSIGNS is run by volunteers with personal experience of self-injury and self-harm. Our main website is packed with pages that can guide and inspire you, and our Support Forum offers support for anyone affected by self-njury. We hope you like the news and views within our blog here and we welcome your comments.

I didn’t choose self-injury, not really…

Grief and self-injury – the loss of a dear pet

My story with SI – by Laura