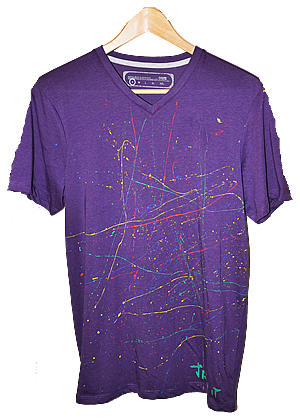 I have an issue with the issue of scars.

I don’t have an issue with my scars, because I have them, and that’s a fact. There’s no way to change my skin. I reached a point when I decided it was time to get comfortable in the skin I was in. It wasn’t always that way though.

I remember the days of wearing layers upon layers of clothing to cover myself entirely. T-shirts of varying lengths in British summertime heat waves, there was even an occasion of a two week trip to India; my uniform didn’t change one iota. At home I’d wrap myself in blankets. Even years after, when those angry red welts gave way to shiny white scar tissue, they were as noticeable as ever. I felt miserable.

Someone once told me they thought I was beautiful, and after a minor bout of hysteria, I allowed him to say why he saw anything but an ugly weakness; my ugly weakness. He said it was because he was certain my battles shaped the person I am, and that person is beautiful.

It was this that got me thinking about the way I saw myself, and other’s perceptions of me. I was stuck in the quagmires of shame and paranoia, I hated what I’d become and I felt like I was a walking manifestation of my… whatever this is.

On my first attempt at not hiding, I wrapped my arms around myself so tightly it was like I was physically holding myself together. The eyes I felt boring into me were mostly in my imagination, and those eyes I caught held a gaze of curiosity and concern rather than contempt. Of course, there were murmurings of negativity, but I was expecting it. No, it was never about attention; it was about liberation. The sort of idealistic relaxing of inhibitions that could only come from bold statements and chance taking. Something that would lead me to a pure self love and contentment. It was in my grasp and mine for the taking. Happiness; it was all I ever really wanted.

Evidence of physical pain has a way of demanding attention though, so disclosing the nature of my scars personally was the next step, which to my surprise was a lot easier than I’d thought it would be. Sharing my stories gave an opportunity for others to share theirs and to do so without judgement. Spiritually, I felt lighter; my own ordeals were helping others, and it was an incredible thing. I can’t remember a time I’ve felt more at peace with myself, whatever anyone else thinks is no longer my concern. Sometimes I feel like coming out of the SI closet is the best thing I’ve ever done.

Key rings, recruitment and your experiencesSIAD event at Walsall, UK