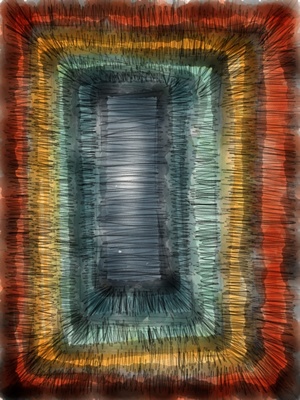 When Wedge asked me to write about scars I didn’t have to look far for inspiration; my own body is a testament to the anguish I have suffered though mental ill health and unfortunately I have plenty of scars to show for it.

So what is it about scars that is so shocking for people who have never self-injured? I thought about some of the comments and looks I have received over the years, either after I disclosed my affliction or, more likely, after my scars spoke for me.

When you think about it, self-injury and the marks it leaves are one of the few really physical manifestations of mental illness, something that most people are happy to keep out of sight and out of mind. Like other invisible illnesses, mental illness is not easy to spot and therefore may be dismissed as something that happens elsewhere, behind closed doors and it can be easily passed off as ‘none of my business’.

Self-injury, with its visceral and shocking nature, like a bright red scream, cuts through the shadows and brings mental illness right out into the open and in your face. And people have a hard time with that.

Next year I will be able to say that I have been free of self-injury for three years. I never thought I would be able to say that. I started self-injuring nine years ago and for a very long time it was the only thing that got me through, my only way to cope with what I was experiencing. I did not think I would ever be able, or want, to stop.

I found that the release I got from cutting myself was the only bearable thing I had felt in months. I continued and the self-injury got worse; after about a year I made a rather odd decision. I had spent a long time weighing up the pros and cons and getting my head around the fact that if I started on my arms it would seriously affect my life and be much harder to hide.

But at this point I didn’t see myself living until the end of the month, let alone years, so this seemed an acceptable sacrifice to make.

Hiding my arms was much trickier than I expected and it affected more aspects of my everyday life. I could no longer wear short sleeves, regardless of the weather; I could not participate in sports at school the way I had previously; and I had a lot more questions to answer.

For years I hid my scars, it was one of my biggest secrets and not one that I disclosed willingly as it filled me with shame. When my parents found out it only drove me to find new ways to hide my scars and my self-injury and to make up new excuses for when I really couldn’t blame the cat any more.

Even when I left home and went to university the secret stayed with me. I kept it from the people I lived with and would even wear long sleeves when in my own room because I had got so used to hiding that the idea of walking around in private in a t-shirt was alien to me by this point.

It was never attention seeking behaviour. As with most people who self-injure or self-harm, I was incredibly protective and secretive. I didn’t want anyone to find out because they would have tried to stop me, and hurting myself felt like my only security blanket. If it had been forcibly removed from my life it would have created a vacuum and left me completely unable to cope with life.

During my second and third years of university something changed. I wish I could tell you that I found a miracle cure for my scars and they disappeared, or that one day the urge to hurt disappeared and never came back. Unfortunately it doesn’t work like that.

I moved into a small house with friends who may not have completely understood my self-injury, but saw past it, and saw me, Kat, first and foremost.

With the help and acceptance of them and my (at this point new) boyfriend I started to shed my long sleeves and got used to not hiding my scars around my friends. This gave me confidence I had never had and slowly but surely I started to come out of the SI closet.

Since then it has been a long journey and I can’t say it’s been easy. For a long time I pushed myself impossibly hard to deal with the repercussions of having my scars on show in public. The anxiety that just walking out of the house or down the road caused was crippling but I pushed and I pushed as hard as I could and eventually it got easier.

What’s more, the more I was open with my scars, the less other people cared or noticed. I have actually been surprised over the years at how little feedback I get from people on the street. Yes there are some looks, some stares and occasionally some pointing but more often than not no one says a word. I even get the knowing smile or flash of empathy of another sufferer from time to time and I have found that as I open up more about my mental health so do others around me.

I think the biggest thing that changed was not the way other people viewed me, or even how I thought they viewed me, but how I saw myself. I started being kinder to myself and began the slow process of truly coming to terms with what I had done to my body. By accepting my body as it is and by understanding that I cannot go back and undo what I have done to it, I found a peace and acceptance of myself I had never had before. If other people have a problem with my scars then that is exactly that; their problem.

And the longer I go without hurting myself the easier it gets. There are still days that I desperately want to start again, when I can think of nothing else, when I am desperate. But I am proud to be able to say it has been over two years now and I cannot wait to say I’ve been ‘clean’ for three.

These days I don’t think much about my scars, even though I see them every day and so does most of the rest of the world. I don’t see going public with my scars as attention seeking. For me, I’m just trying to live my life.

If you know someone with scars, or if someone has recently told you about their self-injury, please read our brand new ‘How to react‘ page.

Everything was ‘great’, and I was self-injuringYour five a day for happiness