Hello, I’m Charis. I just want to introduce myself a little bit to you. 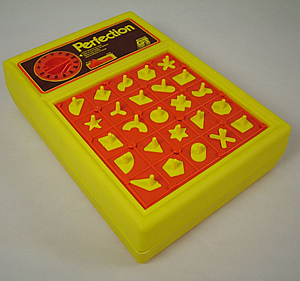 Hang on a minute. What kind of introduction is that?  You must be thinking I’m extremely big-headed or something. Well, I’ve chosen to write it like that, not because I’m big-headed (if you know me, you’ll know that’s far from the case), but because I could add ‘recovering from self-injury’ to the end of the list, and to many, it seems like quite a contrast.

Sometimes, when I look back at my own life, I wonder how on earth I can reconcile the two aspects (the outwardly successful and high-achieving teenager and adult, with the daily struggle with self-injury). Sometimes it feels like these must be two different lives.

I’ve been asking myself, do I fit the ‘typical profile’ of someone who relies on self-injury? Am I what people expect when they hear about self-injury and self-harm? Perhaps not. The media would often have you believe that people who self-injure are all silly attention-seeking teenage girls, or emos, or people unable to function normally.  Not so. I’m an intelligent, high-achieving, successful and confident professional from a loving background with a superb family and a privileged upbringing. So, why have I been relying on self-injury to get me through certain days, since the age of thirteen? Why is every inch of my arms covered in ugly scars that tell a story I apparently couldn’t tell in any other way?

The point is, there isn’t really a typical profile.

Self-injury is a coping mechanism which can be chosen by anybody at any point in their life where they are going through a particularly stressful or distressing situation. It doesn’t have to be because of trauma or abuse (another presumption which particularly upsets me because it certainly wasn’t the case for me) although it can be.

I was coping with a combination of factors, both internal and external, which affected my happiness, and the first time I hurt myself, it was an impulse which left me totally dumbfounded. I had never heard of people doing such a thing – this was long enough ago for self-injury not to have been so frequently portrayed in the media. I was scared, and tried to keep what I’d done a secret. It didn’t last long, I got found out. Nobody said I was stupid, but nobody could understand how the girl at the top of the year, a child of teachers at the school, could be doing something deemed to be so stupid.

But I wasn’t stupid. I knew what I was doing, and I knew that it helped me to take control of things. In fact, it helped me control my emotions enough to allow me to continue to function to the high standards to which I, and everybody else, were accustomed.

In fact, if we want to talk about typical characteristics, high-achievers (in various arenas e.g. athletes etc.) are often up there at the top of the lists of those who turn to self-injury.  The pressure to perform, when things inside seem to be crumbling, can be overwhelming. It doesn’t have to be external pressure: I would say 99% of the pressure I experienced came from my own internal drivers. It still does. As a result, although I have been almost completely free of self-injury for about six years, sometimes the urge is still overwhelming.    But, whilst it seemed to help in the short term, in the long run it hasn’t helped, and it has made success more difficult to grasp.  It’s not easy having a secret as big as this when your job involves daily contact with many people of all ages.

If I could tell the teenage girl I was one thing, it would be that the few minutes of release felt each time are certainly not worth the lifetime of dealing with the after-effects of that choice of coping method, or the added stress it brings.  I don’t like to wonder whether I’d be in the same place if I hadn’t self-injured, and in some ways it’s made me who I am, and stronger in many ways. But obviously I’d rather I hadn’t gone down that route: no amount of success is worth that added stress.

For more information about high performance and the curse of perfectionism, please read ‘who self-injures’.