This series offers case studies of problems relevant to young people; from anorexia to depression, OCD to self harm, and ties into the “mental and emotional wellbeing” section of the National Curriculum.

Adolescence can be an emotional assault course. Yet teenage mental health is rarely discussed. In this powerful film produced by ORTVi, five young people phone into a night-time radio show to share their problems with host Aled Haydn Jones. While the radio show is staged, the callers are real, and so are their stories. 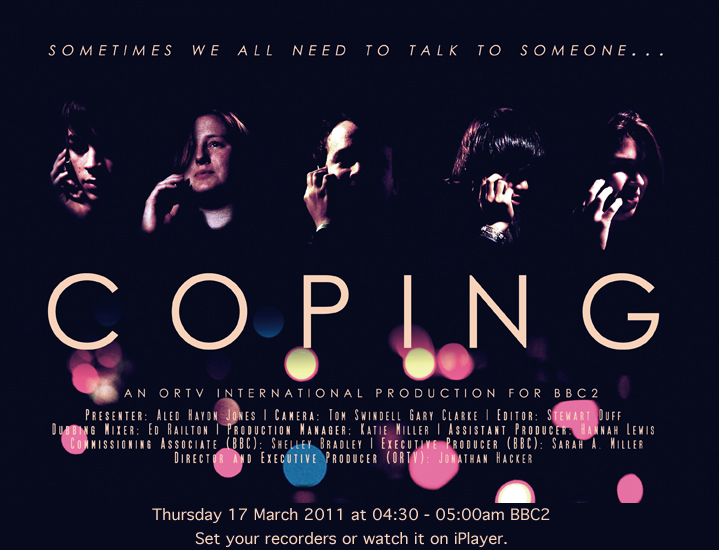 Scars and camouflage make up on BBC2

Get help while on TV

Get help on ITV – appear on UK TV